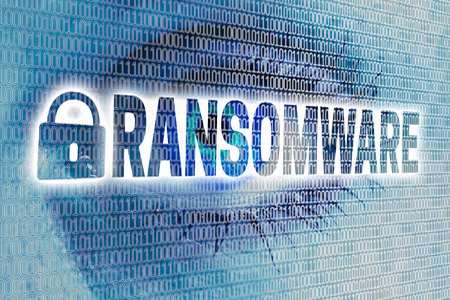 Are You Prepared for a Ransomware Attack?

It doesn’t matter which security report you read; one thing is clear. The ransomware problem is becoming worse and the threat greater than ever.

While ransomware attacks in 2015 were few and far between, 2016 has seen an explosion of ransomware variants and record numbers of attacks across all industry sectors. For every ransomware variant that is cracked and decryption software developed, there are plenty more to take its place.

As if there were not enough ransomware milestones reached this year, there is news of another. The total number of detected ransomware families has now surpassed 200. That’s families, not ransomware variants.

The ransomware families have been catalogued by the ID Ransomware Service; part of the Malware Hunter Team. The current count, which may well be out of date by the time this article is finished, stands at 210.

Not only are new ransomware being developed at an unprecedented rate, the latest variants are even sneakier and have new capabilities to avoid detection. They are also more virulent and capable of encrypting a far wider array of data, and can delete backup files and quickly spread across networks and storage devices.

More people are getting in on the act. Ransomware is being rented out as a service to affiliates who receive a cut of the ransoms they collect. Campaigns can now be run with little to no skill. Unsurprisingly there are plenty of takers.

One of the biggest threats is Locky, a particularly nasty ransomware variant that first appeared in February 2016. Even though Locky has not been cracked, new variants continue to be released at an alarming rate. This week yet another variant has been discovered. The developers and distributers are also using a variant of techniques to evade detection.

Three separate campaigns have been detected this week after a two-week period of relative quiet. The ransomware is now back with a vengeance, with one of the campaigns reportedly involving an incredible 14 million emails on October 24 alone; 6 million of which were sent in a single hour.

There have been some successes in the fight against ransomware. Earlier this year the No More Ransom project was launched. The No More Ransom Project is a joint initiative Europol and the Dutch National Police force, although a number of security firms have now collaborated and have supplied decryptors to unlock files encrypted by several ransomware strains. So far, decryptors have been uploaded to the site that can unlock several ransomware variants: Chimera, Coinvault, Rannoh, Rakhni, Shade, Teslacrypt, and Wildfire.

Despite the sterling efforts of security researchers, many of the most widely used ransomware strains have so far proved impossible to crack. The authors are also constantly developing new strains and using new methods to avoid detection. The ransomware problem is not going to be resolved any time soon. In fact, the problem is likely to get a lot worse before it gets better.

Last year, an incredible 113 million healthcare records were exposed or stolen. This year looks like it will be a record-breaking year for breaches if incidents continue at the current rate. The sheer number of healthcare records now available to cybercriminals has had a knock-on effect on the selling price. Whereas it was possible to buy a complete set of health data for $75 to $100 last year, the average price for healthcare records has now fallen to between $20 and $50.

Cybercriminals are unlikely to simply accept a lower price for data. That means more attacks are likely to take place or profits will have to be made up by other means. The glut of stolen data is seeing an increasing number of cybercriminals turn to ransomware.

Are you Prepared for a Ransomware Attack?

With the threat from ransomware increasing, organizations need to prepare for an attack and improve defenses against ransomware. Policies should be developed for a ransomware attack so rapid action can be taken if devices are infected. A fast response to an attack can limit the spread of the infection and reduce the cost of mitigation; which can be considerable.

Defending against ransomware attacks is a challenge. Organizations must defend against malicious websites, malvertising, drive-by downloads, malicious spam emails, and network intrusions. Hackers are not only stealing data. Once a foothold has been gained in a network and data are stolen, ransomware is then deployed.

Even with these defenses attacks may still prove successful. Unless a viable backup of data exists, organizations will be left with two options: Accept data loss or pay the ransom. Unfortunately, even the latter does not guarantee data can be recovered. It may not be possible for attackers to supply valid keys to unlock the encryption and there is no guarantee that even if the keys are available that they will be sent through.

Since Windows Shadow copies can be deleted and many ransomware variants will also encrypt backup files on connected storage devices, backup devices should be air-gapped and multiple backups should be performed.

With attacks increasing, there is no time to wait. Now is the time to get prepared.

Time to Enforce Acceptable Usage Policies with a Web Filter

Most employees are required to agree to use the Internet responsibly and are made to sign an acceptable usage policy as part of their induction before being supplied with a user ID. The policies vary in their content from organization to organization, but typically prohibit individuals from using the Internet to access illegal material, visit websites containing pornography, or engage in online activities that have no work purpose. The policies detail prohibited uses and state the penalties if individuals are discovered to have abused their access rights.

For many businesses, this may be deemed to be sufficient. If policies are breached, there are serious repercussions for the individual. For most employees AUPs alone will be sufficient to stop Internet abuse. However, while a breach of AUPs could result in termination of a work contract or serious disciplinary action against an employee, the consequences for a business can be much more severe.

AUPs can cover employers and prevent legal issues resulting from inappropriate Internet use, but they cannot protect against malware and ransomware infections. The consequences of malware and ransomware infections can be considerable. Data can be lost or corrupted by malware, to confidential information stolen, used for nefarious purposes, or sold on the darknet to criminals. The financial and reputational consequences for a business could be catastrophic.

In the case of ransomware infections, the cost can be considerable. Earlier this year, Hollywood Presbyterian Medical Center experienced a ransomware attack that required a ransom payment of $17,000 to be paid to recover data. The costs of dealing with the infection even after the ransom was paid was considerable, not to mention the disruption to operations while data were locked. Full access to data was not regained for more than a week.

AUPs used to be sufficient to reduce risk – legal and otherwise – but today much more rigorous controls are required to keep networks secure. To manage the risk effectively, it is important to enforce acceptable usage policies with a technological solution.

The most effective way of ensuring AUPs are adhered to is to enforce acceptable usage polices with a web filtering solution. A web filter can be configured to ensure the Internet can only be used for activities that an employer permits. Controls can be applied to ensure that illegal websites are not visited or to block pornography in the workplace, or stricter controls can be applied to severely restrict access. Most importantly given the massive rise in ransomware and malware attacks, controls can be enforced to keep networks secure.

To find out more about the benefits of implementing a web filtering solution, how networks can be secured with WebTItan, and for details of pricing, contact the TitanHQ team today.