How Can You Prevent a Computer from Becoming Part of a Botnet?

What is a Botnet? How are they used? What harm can be caused, and how can you prevent a computer from becoming part of a botnet? These and other questions answered.

What is a Botnet?

A botnet is simply a collection of computers and other Internet-connected devices that are controlled by a threat actor. Usually that control is achieved via a malware installation, with the malware communicating with the threat actor’s command and control server.

Once malware has been installed on one device, potentially it can propagate to other devices on the same network, creating a mini-army of slave devices under the threat actor’s control. Any computer with the malware installed is part of the botnet and can be used on its own or collectively with other compromised devices for malicious purposes.

What are Botnets Used For?

Botnets are often used to conduct Distributed Denial of Service (DDoS) attacks, with the devices in the botnet used to access a particular service simultaneously and flooding it with traffic making that service temporarily unavailable. The Mirai botnet, which mostly consists of vulnerable IoT devices, was used to take down large sections of the Internet, including some of the most popular websites such as Twitter and Netflix. DDoS attacks are now being conducted that exceed 1 terabits per second, largely due to sheer number of devices that are part of the botnet.

In addition to DDoS attacks, botnets are also used to send huge quantities of spam and phishing emails. The Necurs botnet is the world’s largest spamming botnet, delivering 60% of all spam emails. The Gamut spam botnet delivers around 37% of spam botnet traffic. These two spamming botnets are primarily used to send malicious messages containing email attachments with malicious macros that download malware such as the Dridex banking Trojan, and the ransomware variants Locky, Globelmposter, and Scarab.

How Are Botnets Created?

Botnets can be created through several different methods. In the case of IoT devices, attackers often take advantage of weak passwords and default credentials that have not been changed. Since IoT devices are less likely to be updated automatically with the latest software and firmware, it is easier to exploit flaws to gain access to the devices. IoT Devices also rarely have antivirus controls, making infection easier and detection of malware much harder.

Computers are most commonly recruited into botnets through malware sent via spam email campaigns – such as those sent out by the spamming botnets. Malware is delivered via infected email attachments or links to malicious websites where malicious code is hosted. Messages can be sent via social media networks and chat apps, which also direct users to malicious websites where malware is downloaded.

Prevent a Computer from Becoming Part of a Botnet

Businesses need to ensure all staff are trained to be more security aware and are told about the risks of opening email attachments or clicking links in emails from unknown senders. They should also be told not to automatically trust messages from contacts as their email accounts could have been compromised. Employees should be taught security best practices and risky behavior, such as connecting to public WiFi networks without using a VPN, should be eradicated.

All software must be kept up to date with patches applied promptly. This will reduce the risk of vulnerabilities being exploited to deliver malware. Antivirus software should be installed and configured to update automatically, and regular AV scans should be performed.

Firewalls should be used to implemented to prevent unauthorized network access and allow security teams to monitor internet traffic.

Spam filtering solutions should be implemented to block the majority of malicious messages from being delivered to end users’ inboxes. The more messages that are blocked, the less chance there is of an employee responding to a phishing email and inadvertently installing malware.

One way to prevent a computer from becoming part of a botnet that is often forgotten, is the use of a web filtering solution. A web filter, such as WebTitan, will prevent malware and ransomware downloads and block access to malicious websites sent via email or through web browsing.

Implement these controls and it will make it much harder for your organization’s computers to be infected with malware and added to a botnet.

Acumera provides managed security services to a wide range of companies throughout the United States across hundreds of thousands of locations, including healthcare providers, automated parking garages and some of the best-known retailers in the country such as 7-Eleven, Circle K, Subway, Pluckers, Benetton, and Valero service stations.

Many of the companies that have chosen Acumera to provide fully managed security services operate in hundreds or thousands of locations – 7-Eleven has more than 7,700 stores in the United States. Acumera secures payment systems and provides network security, connectivity, and visibility services across these widely distributed networks.

Acumera’s expertise in securing large highly distributed networks ensures its customers have the peace of mind that their networks and systems are fully secured, while avoiding the security headaches that many highly distributed companies face. Acumera’s customers certainly get an excellent return on their investment and tremendous value for money. 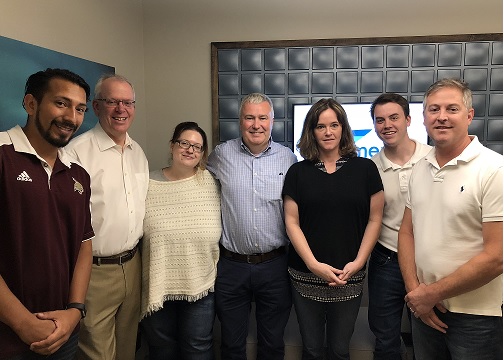 Now, following the integration of WebTitan, Acumera’s customers can now benefit from advanced malware and ransomware protection both on and off corporate networks. WebTitan provides excellent protection from a wide range of web-based threats and allows companies to carefully control the websites that their employees can access. Highly granular controls ensure accurate content control without overblocking.

WebTitan Cloud is an easy to use, multi-tenant solution that MSPs can quickly set up and configure. There is no need for any hardware purchases, software installations of site visits. The 100% cloud-based solution can integrate seamlessly with existing client packages to increase revenue and attract more business.

The solution can be hosted on TitanHQ’s servers or within MSPs own environments, with a full white label version ready to take MSPs own branding.

Thanks to the WebTitan Application Programming Interface (API), managed services providers can easily incorporate WebTitan into their service offerings and provide DNS filtering to their customers.

If you are a managed service provider and you are interested in adding DNS filtering to your service stack and would like to become a TitanHQ Alliance partner, contact the TitanHQ team today for more information.

TitanHQ has announced as part of its strategic alliance with networking and security solution provider Datto, WebTitan Cloud and WebTitan Cloud for Wi-Fi have been incorporated into the Datto networking range and are immediately available to MSPs.

The addition of WebTitan to its range of security and networking solutions means its MSP partners can now offer their clients another level of security to protect them from malware and ransomware downloads and phishing attacks.

WebTitan is a 100% cloud-based DNS web filtering solution developed with MSPs in mind. In addition to allowing businesses to carefully control the types of websites their employees can access through corporate wired and wireless networks, the solution provides excellent protection against phishing attacks and web-based threats.

With phishing now the number one threat faced by SMBs and a proliferation of ransomware attacks, businesses are turning to their MSPs to provide security solutions to counter the threat.

Businesses that implement the solution are given real-time protection against malicious URLs and IPs, and employees are prevented from accessing malicious websites through general web browsing and via malicious URLs sent in phishing emails.

“We are delighted that Datto has chosen TitanHQ as a partner in web security. By integrating TitanHQ’s secure content and web filtering service, we are well positioned to offer Datto MSPs a best of breed solution for their small to mid-size customers,” said TitanHQ CEO, Ronan Kavanagh.

“We pride ourselves in equipping our community of Managed Service Provider partners with the right products and tools to allow each and every customer to succeed,” said John Tippett, VP, Datto Networking. “With that in mind, I’m delighted to welcome TitanHQ as a security partner and look forward to growing our partnership.”

MSPs can visit the TitanHQ team at booth #66 in the exhibition hall for a demonstration of WebTitan, SpamTitan – TitanHQ’s award -winning spam filtering solution – and ArcTitan, TitanHQ’s email archiving solution. All three solutions are MSP friendly and are easily added to MSP’s service stacks.

DattoCon 2018 runs all week from June 18, 2018. The TitanHQ team will be present all week and meetings can be arranged in advance by contacting TitanHQ ahead of the conference.