The amount of spam bombarding the company inboxes was crippling. With such a vital communication tool under attack, it was critical for I.T. to contain the problem as soon as possible.

IMPLEMENTATION OF SPAMTITAN RESULTED IN AN IMMEDIATE DECREASE IN THE VOLUME OF SPAM. IT WAS ESPECIALLY EFFICIENT IN THE ELIMINATION OF SPAM WITH OFFENSIVE CONTENT

It was essential to get a solution in place in order to regain control of email quickly. Since implementing SpamTitan, Huron Valley Steel’s employees no longer have to filter through offensive emails and can focus on more importance activities. In terms of HR improvements, having SpamTitan in place demonstrates that the company is taking appropriate steps to keep inappropriate email out of employees inboxes.

Very reasonable when compared to other solution – starting at $395

So good we renewed for multiple years

“The experience and service has been excellent, so much so, that on our renewal this year we opted for a 3 year license” concluded Mr Stapley.

How SpamTitan Prevents Spam and Malware from Being Delivered to Inboxes

According to figures from Statista, in 2018, spam accounts for 48% of emails. Spam emails are a major drain on productivity, so it is important for these emails to be blocked. While many email services incorporate some spam detection mechanisms, many fail to block a significant percentage of spam emails. To achieve detection rates of 99.97%, SpamTitan uses a range of different techniques, which are applied to all incoming emails: 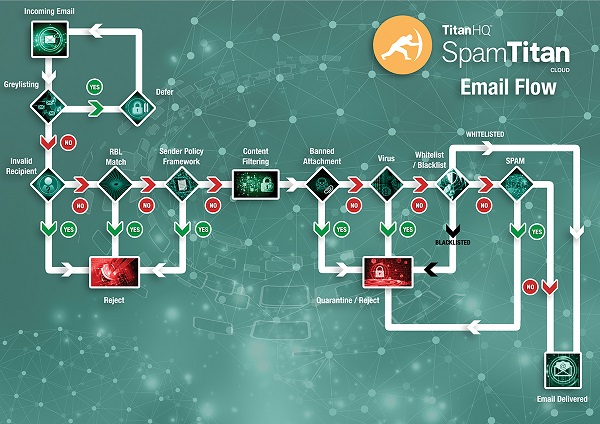 How Do Office365 and SpamTitan Compare?

Microsoft Office 365 has been adopted by many organizations. While Office 365 does include email security controls, many organizations discover that significant quantities of spam and malicious emails are still delivered to inboxes. The solution is to adopt a defense in depth approach and layer a further email defense solution on top of Office 365.

SpamTitan has been developed to compliment Office 365 and enhances protection against spam emails and malicious messages. In contrast to Office 365, SpamTitan uses a variety of predictive techniques to identify new threats. In-built Bayesian analysis, auto learning, and heuristics greatly enhance detection of spam emails and malicious messages. Further, SpamTitan constantly learns from email patterns and content and gets better over time.

The email filter of SpamTitan uses SURBL filtering and malicious URL detection mechanisms to minimize the likelihood of a malicious email avoiding detection, while twin anti-virus software engines from Bitdefender and ClamAV ensure that 100% of known malware is blocked. 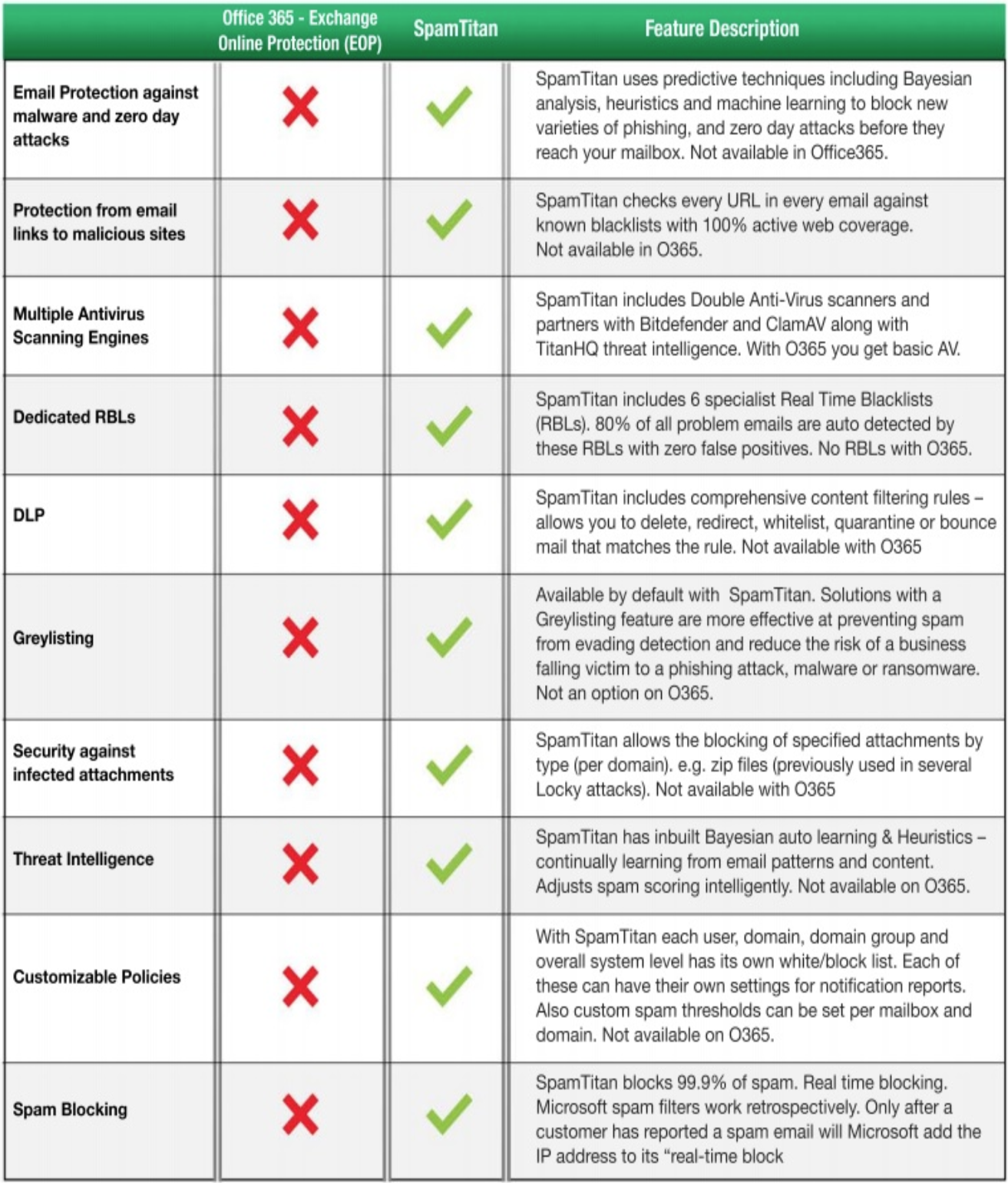